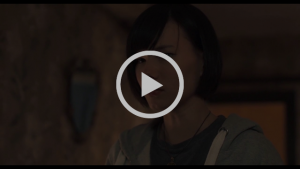 An unemployed Taiwanese graduate in London takes a job as a receptionist in an illegal massage parlour and learns how the women struggle to make their lives work in a world where danger and violence are always near.

The film is based on a true story: “Around ten years ago, a young Taiwanese filmmaker called Jenny Lu was living in London, often hanging out in Chinatown with friends. One of them was a Chinese girl called Anna. In 2009, Anna killed herself. Jenny was floored – and the story she uncovered led to her first feature film, ‘The Receptionist’.” (Time Out, July 2018)

Tamar will be hosting this challenging film night. There will also be a discussion panel with director Jenny Lu and a number of Tamar volunteers to help you have a clearer understanding of the issue of modern slavery through their experience in helping trafficked sex workers.

As part of our Live Justly campaign, this is one of our weeknight events where we aim to inform, inspire and involve our church members on social justice issues.

Designed by Wholebyte Creative Ltd
We use cookies to ensure that we give you the best experience on our website. If you continue to use this site we will assume that you are happy with it.AcceptRejectPrivacy policy